What Can Acupuncture Do For Me? 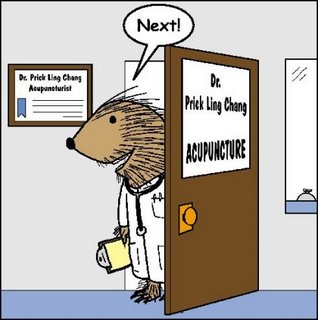 Many people would only think of turning to acupuncture for pain relief and indeed, it can be very effective both in the short and long term. Often, but not always, the number of treatments required will depend on the duration of symptoms.

But apart from alleviating joint and back pain, what else can acupuncture be helpful in treating?

The emphasis of Five Element Acupuncture is on treating people rather than symptoms and in so saying, I will happily stick my neck out and say that acupuncture can be useful in treating ANY condition and absolutely EVERYBODY, without fail, would benefit from having some treatment.

The key is however, to have a realistic outcome in mind. In some cases, a complete cure or cessation of symptoms will never be possible in which case the intention of treatment will center more around management and of the condition and the movement towards acceptance of the current reality.

Symptoms and pain arise as a consequence of our energy being thrown out of balance as a direct result of the traumas which life has dealt us. Whilst we may be able to function adequately in this state of imbalance, the body exists in a state of duress and is often unable to self-heal.

Five Element Acupuncture can help with the management of physical symptoms and medical conditions as well as enabling reconciliation of emotional issues and an increase in self-awareness. Most importantly, it allows the individual some invaluable 'me' time for reflection, replenishment and relaxation - something that each and every one of us could do with on a regular basis.
Posted by Unknown at 14:53 1 comment:

What Exactly is Five Element Acupuncture? Five Element Acupuncture, also known as Classical Acupuncture, is quite distinct from the more widely practiced Traditional Chinese Medicine (TCM). Although the Classical method of healing originated in China over 2000 years ago it was almost lost in the 20th century in favour of TCM, but thankfully is now seeing a resurgence.

So what then is the key difference between TCM and Five Element Acupuncture?

Contrary to its name, TCM is not as traditional as it sounds - it is a Westernised and standardised version of Classical Acupuncture, and is concerned with treating specific symptoms and syndromes with a specific combination of needles.

Five Element Acupuncture on the other hand, is a very ancient system of healing based on the early classical texts and beliefs from its Chinese origins. Its emphasis is on treating people rather than their symptoms, and as each person is an individual then no two people are treated in exactly the same way, even if they present with similar medical conditions.

These different schools of thoughts can be likened to the difference between using PC or Mac, or to cooking with electricity or gas - the desired outcome is similar, but the operating systems are not the same.

The ancient Chinese believed that a unique combination of five distinct elements (namely fire, earth, metal, water, wood) constitutes an individual's make up. Each element brings certain virtues, strengths and weaknesses to the person's character. Through a combination of nature and nurture, each of us develops a special relationship with one particular element, known as the Guardian Element, and this lends an emphasis to the way in which we conduct ourselves and our interaction with others.

It is the Guardian Element which bears the brunt of the majority of our life's stresses and becomes out of balance, showing its distress by allowing symptoms and pain to arise. Each element shows certain characteristics when in a well-balanced state, and inappropriate or extreme characteristics whilst imbalanced.

My role as a Five Element Acupuncturist is to determine the patient's Guardian Element by way of in-depth questioning and very close observation. Treatment is then tailored specifically with the intention of reinforcing the Element, so that a better emotional and physical balance can be reinstated, gradually enabling symptoms and pain to subside.

Five Element Acupuncture advocates the use of as few needles as possible in any one treatment. This is because each needle carries a distinct message and the body can easily be overwhelmed, particularly in early stages of treatment.